Brandon is a former Northwest Scout for the Milwaukee Brewers.

Played at University of Washington – was an all PAC 10 Pitcher/3rd Baseman.

Drafted and signed by the New York Mets in 1992 as a pitcher.

Drafted by the Seattle Mariners in ’90 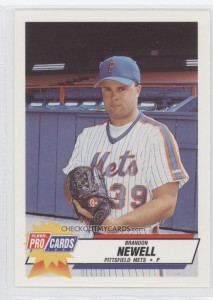