On the day of the Toronto Blue Jays opener versus the Tampa Bay Rays, the Big League Experience was in Kamloops, B.C. conducting their Annual “Best of the West” Midget tournament that is sponsored by KR3 Bats.  With this being a pre season tournament, one is always concerned about the fields and weather, but once again the city was outstanding in getting the fields in great shape and the weather held up for us all weekend as all games were on time and on schedule.  The tournament saw 11 teams from throughout Western Canada participate with 6 teams from east of the Rockies and as far away as Regina and 5 teams from west of the Rockies.  One could almost say we had a Western Canadian championship here in Kamloops in March. The objective for many of the players and coaches was to use the weekend to hone up their skills and also give the coaches on opportunity to get a look at their club  prior to league play. 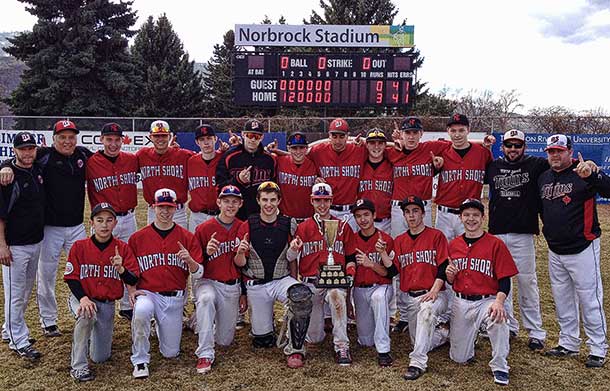 In round robin action there were many exciting games and a battle right down to the last set of games to determine the playoff teams.  In probably the most competitive Pod, Pod A had three teams in the hunt for the last playoff spot (Badlands Academy, Okotoks Dawgs Red and the North Shore Twins) until the end, and it was 1 hour and 20 minute game that saw North Shore squeeze out a 1 – 0 victory over the Badlands Academy to go undefeated in Round robin play with a 4 – 0 record and advance to the Championship game. The Okotoks Dawgs Red team finished with a 3 – 1 record on the weekend in Pod A with their only loss coming to those Twins 4 – 3 in another great battle that could have gone either way.  In Pod B, the Chilliwack Cougars were consistent with their play and won their Pod and took on the Pod C winners Calgary Blues in a Semi Final match.  That Semi final match ended with the Cougars coming from behind early and pulling ahead to stay ahead and a 7 – 6 victory.  With the victory for the Cougars the Championship match up was set to have the Cougars take on the Twins.  The Cougars were trying to win their first “Best of the West” Championship vs. a North Shore team that won the title in 2012. 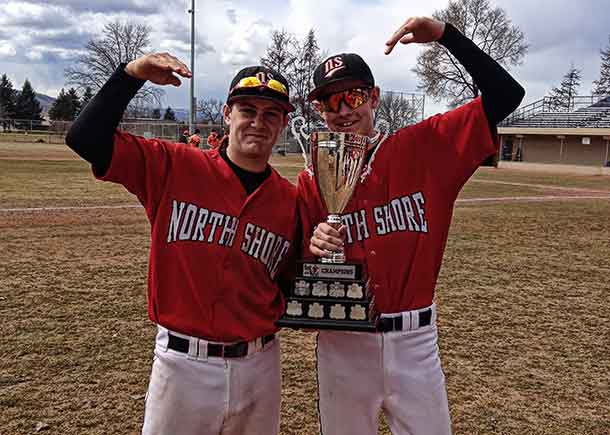 In the Championship game it was the Twins that struck first with one run in the 1st and then 2 more in the 2nd and that’s all for the offense could muster up as the pitchers on both sides shut the door from there.  The final result was a Twins 3 – 0 victory with Twins pitchers Jake DeCooman and Atura Yamaguchi combining for the shutout.  Chilliwack finished off a strong weekend of baseball and should be a team to be watched during the 2014 Midget AAA season.
A special thanks has to go out to all the Umpires for a great job and the City of Kamloops for getting the fields ready for the weekend.  Also the Big League Experience would like to thank all the teams for their Sportsmanship and competitiveness throughout the weekend and wish you all a great season. 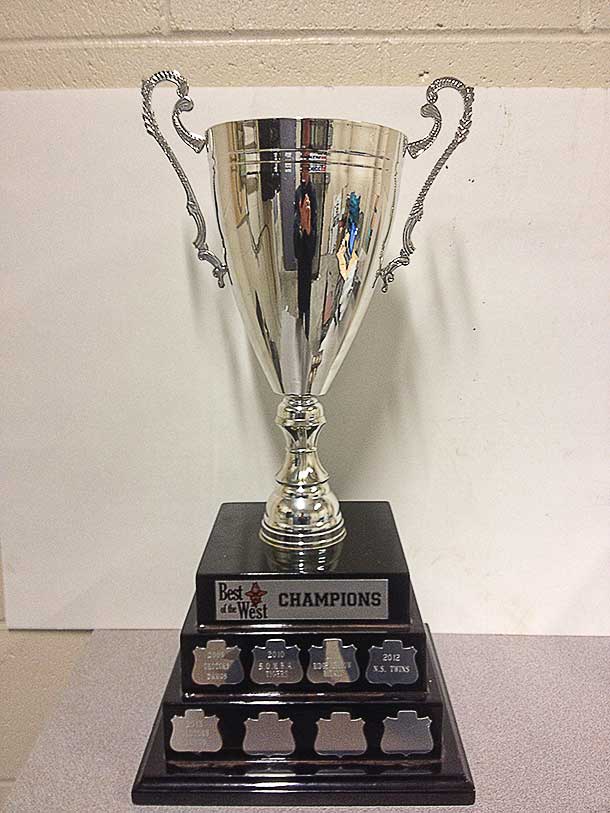 Next on the agenda for the Big League Experience is the Premier and Bantam division of the “Best of the West” which starts on Thursday, April 3 in Kamloops.  This tournament will attract a number of Major League and College Scouts as some of Canada’s best high School talent will be in attendance showcasing their talent. The Premier division of the “Best of the West” has seen the likes of Big Leaguer’s such as Brett Lawrie and Justin Morneau participate in this tournament and countless other players that have  gone on to play professional and college baseball.