The Big League Experience baseball camp 14U team has returned home after a very successful trip to Phoenix, Arizona in which they spent 6 days in the Valley of the Sun preparing for and competing in the USSSA NIT Super Regional Classic baseball tournament.  The trip started with a three day baseball camp at Gene Autry field (old home of the California Angels) and then finished with a successful weekend tournament that saw the club go 4 – 2 through the weekend.  After a 3 – 1 record in round robin play the boys came up against a very solid team out of Southern California to lose a heartbreaker 2 -1.  Although the guys had a couple of opportunities to tack on some runs during the game, credit has to be given to the SoCal club for solid pitching and playing some great defense.  Coach Lehn responded, “You have to take your hat off to them as it’s not often you see a 14 year old club make all the play’s, usually the door opens for you at some point along the way.” As far as the weekend set of games went for the tournament this was the most competitive for the guys and many positives will be taken out of it.

On the pitching side, Cole Dalla-Zanna and Steven Moretto kept it close on the mound, Brian Wallack had a clutch hit to tie it up and the boys threatened in their last at bats on an Imran Hudda double in the gap to make it exciting. With the lose the guys had one more game vs. a club out of Colorado “The Slammers” who also lost a tight Semi final match.  In that game (3rd place game) the guys came out on a mission behind strong pitching from Jack DeCooman and Keaton Mandryk and went on to win 7 – 1. 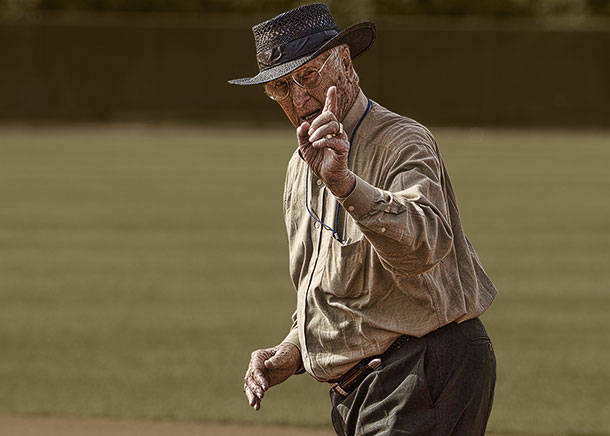 One of the biggest excitements of the trip is still to come as Rogers Sports Net was in full force with their camera crews at one of the practices as legendary Mel Didier (Senior advisor to the Toronto Blue Jays) visited with the guys and talked baseball and what it takes to get to the next level (Gentleman in attached photo is Mel Didier – father of BLE coach Bob Didier).  Apparently the documentary ” Scouts Honor ” will be aired during the MLB All-Star break on Rogers.
In regards to the week, the coaching staff couldn’t have been happier of the effort the guys put forth and the way a group of individuals from a number of different organizations came together. The staff and players included:
Allen Cox of the Okotoks Dawgs who had four of his players from the Dawgs join the club for the trip, Marty Lehn invited 11 players from last year’s camp and of course our former Major Leaguers Bob Didier and Albie Lopez brought their vast knowledge of baseball and style of coaching to the guys and a combination of 6 World Series rings.  A big thank you has to go out to Dave Spears of the North Shore Twins Jr. Premier team for letting 3 of his players make the trip.  All in all it was a treat to be able to play ball in the valley of the sun and enjoy the 28 degree heat and there’s no doubt we all got better in baseball over the week and now it’s time to start the season.  The best to you all on a great season playing this great game. 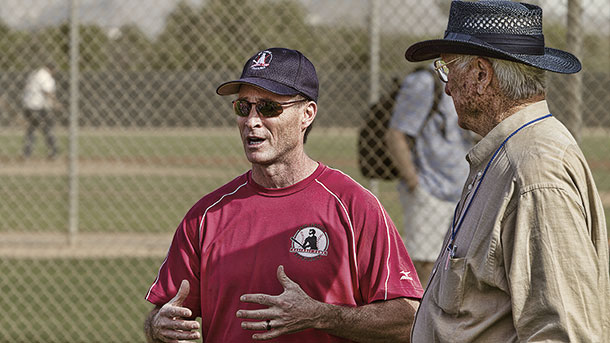 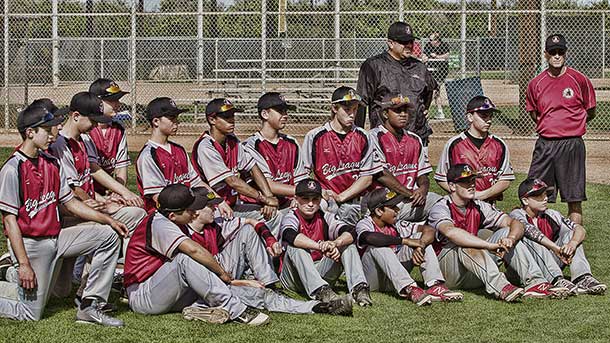 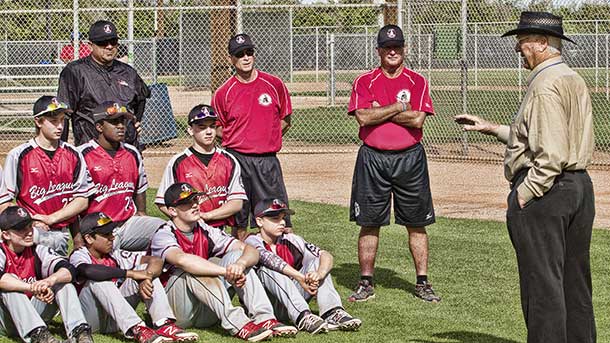