A full weekend of baseball over the May long weekend in Kamloops on the beautiful McArthur Island complex that included 21 teams playing off in 3 divisions (Pee Wee, Bantam and Midget) and 47 games of baseball.  The weather was fine, but did give us our challenges early as dampness made the field conditions a little less than ideal, but eventually improved throughout the weekend.  On that note, special thanks must once again go out to the parents of Kamloops Minor ball and Parks and recreation staff did a great job in having the fields prepared and all the help they provided throughout the weekend.

Tournament action for all divisions started on the Saturday, May 21 and ran through the Monday with Championship games.  The tournament included many teams from both sides of the Rockies that all soaked in the opportunity to have a break in league play and take on some outside competition they don’t normally see. 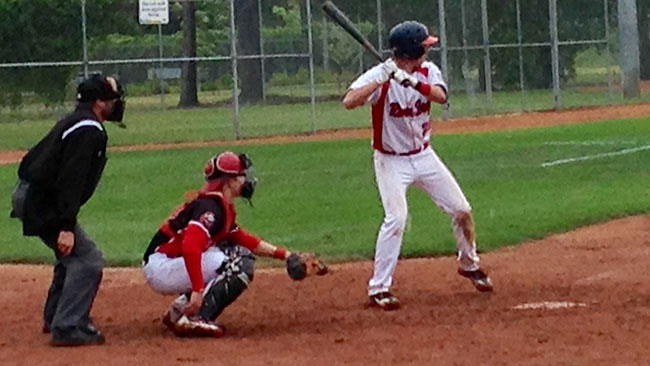 The first day of action saw everyone play a double header and then be seeded 1 through 7 to set up the playoff round.  After quarter final play the #1 seeded North Shore Twins moved on to take on the Chilliwack Cougars in Semi Final action with the other match ups having the Kamloops River Dogs taking on a solid Cowichan Mustangs team.  In Semi Final action the Twins put in a strong game that included solid pitching and timely hitting to knock off Chilliwack and move on into the Final.  The other club to move to the championship game was the River Dogs from Kamloops as they outlasted the Mustangs 9 – 4.

In the Championship game you couldn’t have asked for a more competitive and exciting game as the lead changed hands a few times.  Kamloops took and early 1 – 0 lead in which North Shore answered with 2 runs in the 4th to take a 2 -1 lead.  The pitching held strong for both sides and it wasn’t until Kamloops last at bats that they scored 2 runs in the top of the 7th to regain the lead and then shut down the Twins in their last at bats to take the championship.  Two well coached clubs that had a great weekend of baseball. 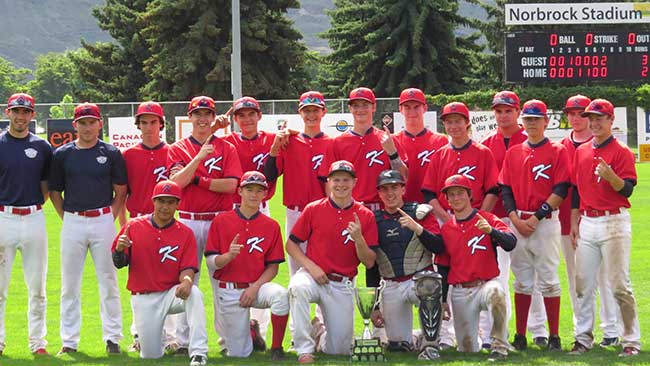 Bantam Division:
The Bantam side of the tournament included 8 teams in two divisions:
Pod A: Cowichan Valley Mustangs, Kamloops River Dogs, Lethbridge Bulls and Vernon Canadians
Pod B: Abbotsford Angels, Grande Prairie Reds, Kelowna Sun Devils and Prince George Knights
The competition was strong and there were many close games that saw late inning excitement along with a few walk off victories.  From Pod A it was the Kamloops River Dogs and Cowichan Mustangs that moved on to the semi finals to cross over and take on the Kelowna Sun Devils and Prince George club.  The two pod winners and undefeated clubs, Kamloops (Pod A) and Kelowna (Pod B) stayed undefeated and went on to face each other in the Championship game as  Kelowna knocked off Cowichan and Kamloops defeated Prince George in Semi action.

The Championship game lived up to its’ billing as the two undefeated teams with a combined record of 8 – 0 battled against each other.  With the lead changing hands a few times and two very good clubs battling, it was only fitting the that game had the tying run in scoring position and the lead run at first with two outs in the last inning.  Eventually it would be the pitcher that won out and forced a ground ball out to record a 6-5 victory for the Kelowna Sun Devils over the River Dogs of Kamloops. 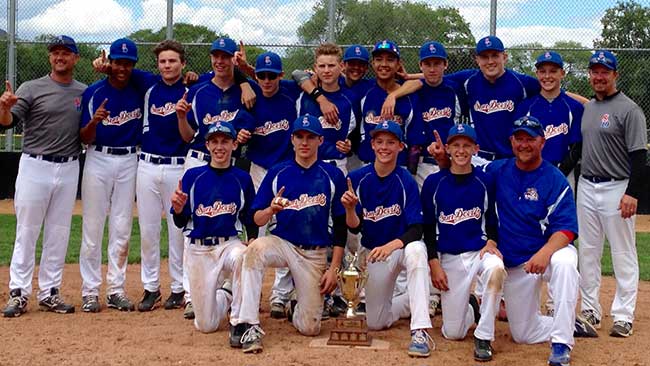 In Pee Wee action there were six teams competing that saw everyone play a double header on the Saturday for seeding purposes and then another double header on the Sunday to gain the right to play for the championship.  It could have very well been a Western Canadian championship as the  competing teams came from a few corners of western Canada.  The Cowichan Mustangs represented Vancouver Island, Calgary Cubs and Okotoks Dawgs represented Alberta, Prince George for Northern B.C., and two Kamloops teams for the Interior of BC.

After the first day the Calgary Cubs were the only team to remain undefeated and moved into day two action as the #1 seed with the Cowichan Valley Mustangs grabbing the #2 seed position.  With teams seedings in place two pods were created in which each team played the other two in their pod with the winner advancing to the championship game and the number #2 seed in each pod gaining an extra consolation game. The two pods broke down as such:

After Sunday’s pod play the advancing teams to the championship game was the Calgary Cubs out of  Pod A and the Kamloops River Dogs 2 out of Pod B.  Prince George and Cowichan end as #2 seeds in their respective pods and moved to the consolation game.

In the Championship game, it was a tight affair until late as the Kamloops team stayed with a very strong Calgary club until the last inning in which the Calgary bats exploded and put up a handful of runs and take home the championship.  The Cubs of Calgary stayed undefeated throughout the weekend and were crowned champions and took home the coveted bucket hats. 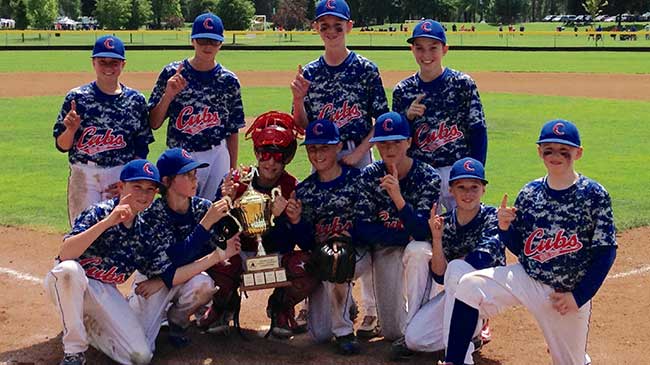 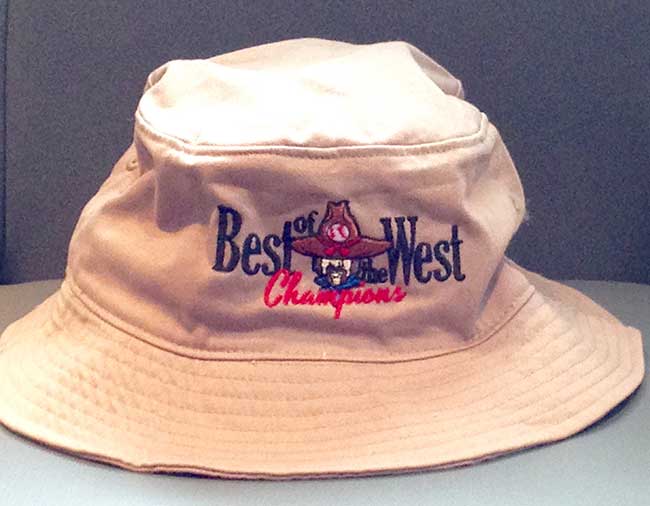 As the season is now in full swing we take a weekend off from league play and battle in a competitive mid season tournament.  The Big League Experience will continue its’ “Best of the West” tournament series play again in … Continue reading →