Owner and operator of The Dugout Training facility in Surrey, B.C.

Led the Rockies with wins, complete games, innings pitched and shutouts while rising to the Triple A level with the Colorado Sky Sox

Has been a member of Team Canada since 1998.
Pitching coach of Team BC that won gold at the Western Canada Games and Canada Cup in 2000 and silver at the 2005 Canada cup.
BLE Clinician for NCCP clinics. 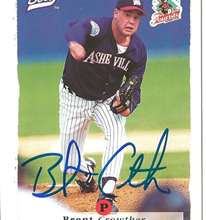