This past weekend the Big League Experience held its’ annual Fall Classic tournament at the beautiful McArthur Island in Kamloops.  There were two divisions for the weekend, Bantam and Premier, and plenty of great baseball and good weather. Both divisions comprised of 9 teams from both sides of the Rockies with the Premier division being a qualifier for teams trying to get into the Prestigious “Best of the West” Showcase tournament that will be held in early April in Kamloops.  This Showcase tournament is considered by many to be one of the elite Showcase tournaments in Western Canada that is attended by many college recruiters and professional scouts.
In the premier division 9 teams with the objective to finish high enough in the tournament to qualify for the Spring tournament or potentially receive an at large bid by their performance over the weekend. With the Edmonton Prospects having already qualified for the spring tournament the door would open for an extra team to get through.  As pod play was continuing through the weekend it was the Coquitlam Reds who were the cream of the crop by going undefeated for the weekend and ending up with a 5 – 0 record and the number one seed.  Victoria won their respective pod and received the second spot for the Spring tournament by finishing with a 4 – 1 mark on the weekend and their only loss coming to those Edmonton Prospects.   Edmonton finished the weekend with a 3 -2 record and will be considered to be one of the stronger teams in the Spring Classic. 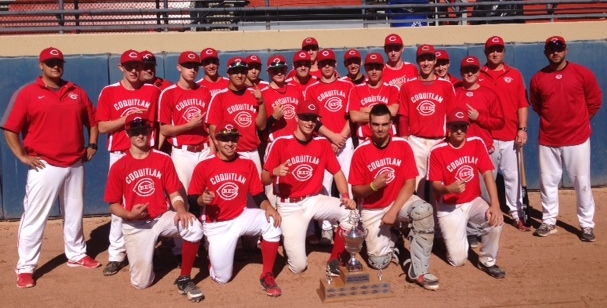 Like last year‘s Fall Classic in which two teams qualified for the spring tournament and one at large bid was granted, the same will be the case this year as the White Rock Tritons were given that birth based on their 3 -2 record over the weekend.  Other teams in this last weekend‘s tournament were; The North Delta Blue Jays, Badlands Academy (Oyen, Alberta), Parksville Royals, Yale Baseball Academy (Abbotsford) and the Absolute Baseball Academy (Calgary)
As it was to be expected, it was a very competitive weekend and many games could have gone either way and we look forward to treating the college recruiters and MLB scouts to a great weekend of baseball in early April as we showcase Western Canada‘s best talent.

That April tournament will include the top six teams from last year‘s tournament, 2 from the Fall Qualifier and 2 at large bids.  Here is the list of those teams that will participate in the ‘Best of the West‘ Spring Showcase:
Langley Blaze, Vauxhall Academy, Okotoks Dawgs, North Shore Twins, Okanagan A‘s, Edmonton Prospects, Coquitlam Reds, Victoria Mariners, White Rock Tritons and the Alberta Selects.  Congratulations to all teams.

The other division in last weekend‘s tournament was the bantam division in which many seesaw battles happened and no one would have noticed that this wasn’t a provincial play down with the intensity the players brought to the field. There were 3 pods of 3 in which the top team in each pod + one wild card team would advance into the playoff round.  Those 4 teams to advance were pod winners Victoria Eagles, Kamloops River Dawgs, Okotoks Dawgs with the wild card team being the 2013 Fall Champion White Rock Tritons.

The semi final games matched up the top seed Okotoks Dawgs against the wild card Tritons who would knock off the Dawgs behind a gutsy pitching performance from Jackson Hogg.  The other Semi saw a very strong Victoria Eagles team knock off the home town Kamloops River Dawgs with an unstoppable offensive attack.

In the championship game you couldn‘t have asked for a better battle as Victoria took, and held onto the lead until late in the game, in which White Rock rallied their way back into the game and then went on to win in extra innings. It was a great final between two very good and well coached teams. 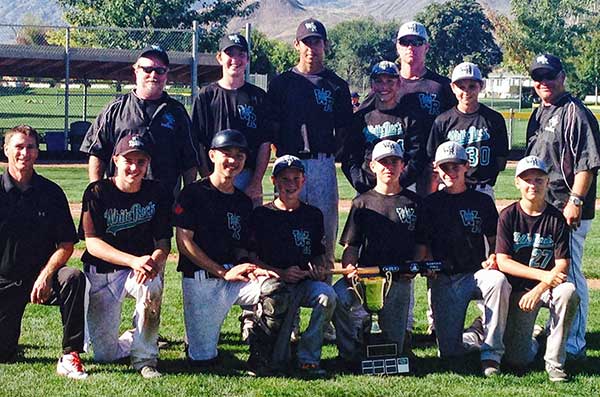 Other teams in the tournament included a second Okotoks team, the Absolute baseball Academy (Calgary), the Yale Academy (Abbotsford), the Okanagan A’s and the Prince George Knights.
We thank all the teams for their competitiveness and sportsmanship throughout the weekend and wish you all the best with the remainder of your fall season and look forward to seeing you all in the spring.
Now it‘s time for the MLB playoffs to take over.