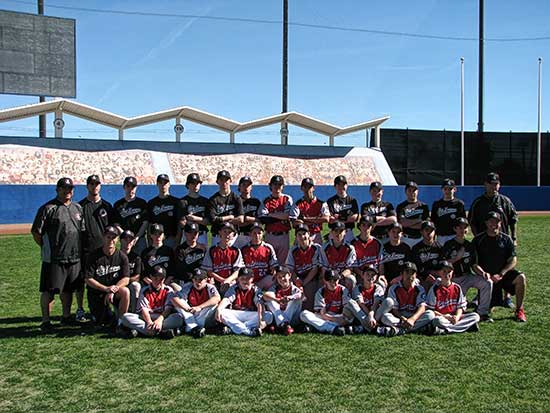 This past Presidents day long weekend (US) the Big League Experience made a return visit back to Las Vegas to compete in the “Red, White and Blue” tournament put on by the Vegas Valley baseball group.

With the great experience from last year event, we were looking for more of the same as far as a great baseball experience and some nice weather.  I would say our goals were met as the weather once again was absolutely beautiful (25 degrees) and we once again received a nice treat from the tournament organizers in setting us up for two days of practice at the Big League Dreams complex.

This year we decided to go a couple days early as the opportunity to practice at the replica Dodger Stadium and Wrigley Field was a great treat. 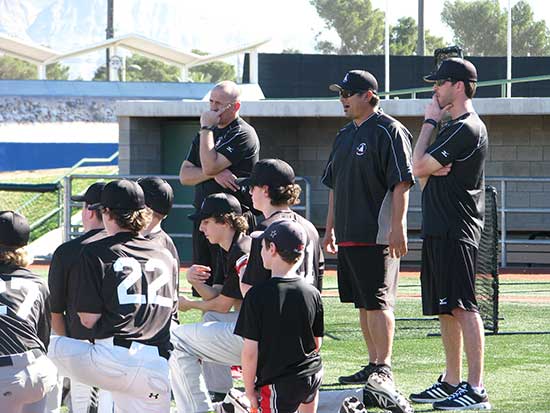 This year’s version of “Viva Las Vegas” comprised of two teams in two different age divisions (13U and 14U).  With two quality days of practice under their belts, the guys were chomping at the bit to play some real baseball and kick off the 2015 baseball season.

Needless to say the first day was comprised of getting used to the live pitching and being outside again as both teams struggle with putting together some timely hitting and fine tuning on defense.  With the first tournament day under our belt and neither team making it to the win column, the boys had some work to do on day 2 to get back in the mix, and for the most part it was a very good second for both teams. 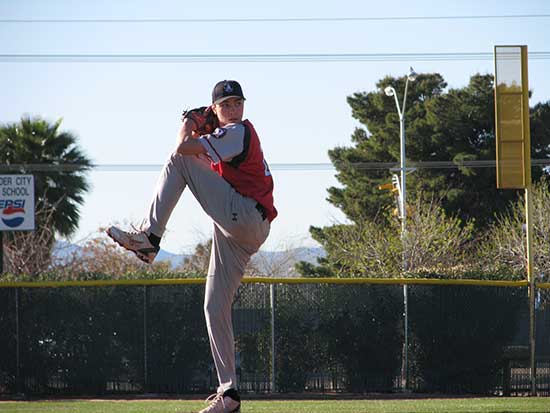 The 14U team lost a heartbreaker 6 – 4 in game one but came back strong with a good victory over a host Vegas team in game two.

The 13U group took care of business with two convincing victories, however lost out on a tie breaker by one run to advance to the playoff round. The talk around the 13U division was that you don’t want to play the Canadian team in the playoffs as their offense was showing no mercy.  There is no doubt that if they would have qualified for the playoff round, they would have done some damage. 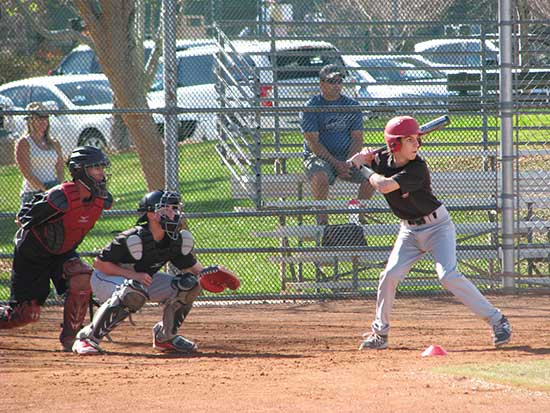 All in all, a strong effort in which the guys finally started to gel, just a bit too late.  The staff was happy with the efforts and commented “it’s a funny game and you never know when the winning run comes across or how important the one hit in the right situation changes things”.

All in all, with neither team making the playoff round wasn’t all that bad as it led to a great day of baseball on the Monday.  A great morning workout followed by a game as the 13’s and 14’s were divided.  Coach Lopez and Cox took on the dynamic duo of Coach Blundell and Didier with coach Lehn calling balls and strikes from behind the dish.  Pretty cool treat for the guys as they got to face ex big Leaguer Albie Lopez and former professional pitcher and Vancouver Island University head coach Jordan Blundell.  Lopez and Blundell followed their starters and took the bump for their respective clubs with the Dynamic Duo pulling out the victory.

*TSN turning point and “Player of the game” honors go to Jake Nikirk who drove a bullet to right center off an Albie Lopez fastball offering for 2 RBI’s – maybe the nail in the coffin that sealed Team Lopez and Cox’s fate. 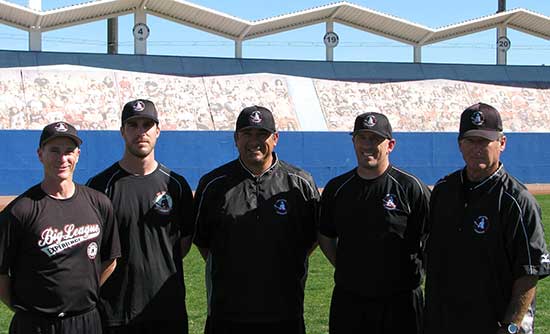 As far as the staff, Coach Didier, Blundell and Lehn handled the 14U group with Coach Lopez and Cox taking the 13U team.  A nice combination of keen players and a coaching staff that loves being on the field with the guys made for a very productive event.

On behalf of the staff, great job guys and have a great season, see you soon.